Andytravelwriter﻿ – Heading to Mallorca for Christmas

Christmas is nearly upon us.

Normally, around this time, myself, the missus and our rescue dog Gordi Baba, would be heading south through Spain to catch the ferry to Morocco. The van would be swaying under the strain of two hundred litres of hidden, red wine and we’d be singing our heads off to Kiss FM. Not this year though!

Last April, the Spanish government decided to give medical treatment to some fella wanted by Morocco for taking potshots at soldiers and obviously, the proverbial hit the fan. In retaliation, the Moroccan government banned all passenger ferries from Spain. They are still not running today, over seven months later. God only knows how long it’ll take the politicians to sort that mess out!

Anyway, with Morocco now not an option (unless you go from France or Italy) we’ve decided to catch the ferry to Mallorca for Christmas then back to Spain for a couple of months before heading home. Sounds like a good plan!

We are using the Italian company GNV for the crossing, so I can imagine it won’t be the poshest boat in the world but it was quite cheap at £400 return, with a pet-friendly cabin. The voyage is over 10 hours and we are just praying for good weather because at the moment we are parked up just north of Peñiscola and it’s more like Manchester, in February! The van is rocking, it’s blowing a gale and the rain is horizontal! Only 4 pm and we are both curled up in bed, hugging huge mugs of hot chocolate!

We have around 150km to go and just over a week until the ferry so we’ll make our way slowly down the coast. We plan to stop at La Volta Camping in Benicarló, then Alcossebre, one of our favourite places along this coast and finally, Fanzara, the brilliant graffiti village in the Castellón countryside, before reaching the port at Valencia.

We’ve only been to Mallorca once before in the van and only for a week, so we are really looking forward to exploring a lot more of the island this time.

Have a great Christmas everyone and if you are lucky enough to be getting away, safe travels! 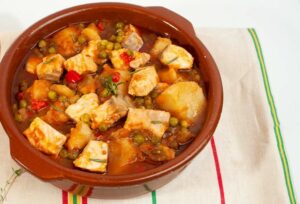 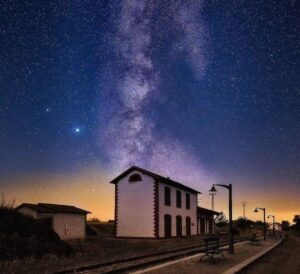 Last night I was sat there watching a movie on Netflix and stuffing my face with ham and cheese, as usual, when the memories came